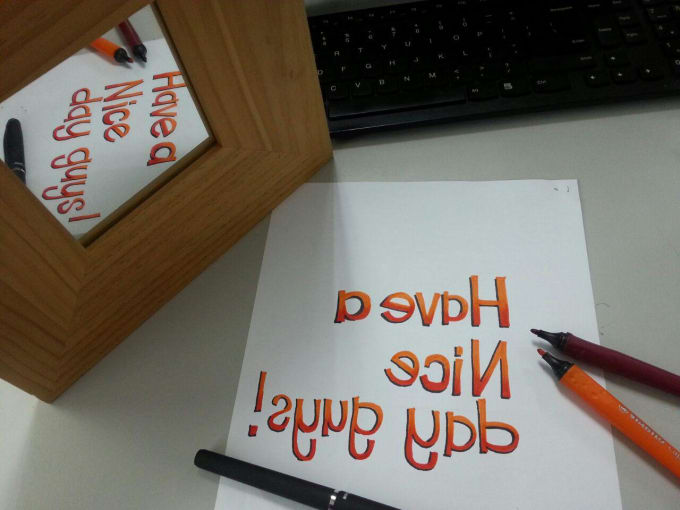 What you think about, you bring about!
This has been a saying I heard many years ago from my dear friend, Pam.
What does it mean? Today I’ll give you a couple of my most difficult situations I practiced first hand on.
I was exercising one beautiful spring morning on my treadmill. My daughter was visiting and she was just finishing breakfast when a knock was heard at my door. She went to open it and a man asked if I was home. She tried to tell him I was not available but he was insistent. My daughter finally came and got me and I went to the door. Nice man, a man I knew from a previous job that I had left over three years ago. I had no reason to be alarmed, as he came to ask me a couple of questions on a file I had worked on years ago. I agreed to go to lunch and tell him what I remembered. I quickly learned, the lunch was an attack. Apparently, the mortgage companies involved with this file were not playing nice and they wanted me to be responsible. What the hell? No way, was I going to take the fall for something I was not involved in.  I was the planned pawn in their blame game.
I won’t go into the horifying details but I will tell you the highlights to get my point across.
Well, because I said no to being their pawn, I was served papers. These papers stated, I was to go down to the jail and be booked on my own free will, IF I choose not to do that, I would be arrested. Right there, something is really wrong, right! My husband is freaking out but I felt calm. I knew I had not done anything wrong so what could possibly happen?
Because of this event, I was forced to get an attorney. I met with this attorney only 4 times, going over the details of what I was being accused me of. Attorney’s are intimidating! As I regained my voice and confidence, I began recognizing how many parts of the file had conveniently dissappeared. Which after a week, I shared my concern with my attorney. He told me he had a plan and to meet again next week. I’ll admit, I was getting a bit panicky. My attorney told me upfront that IF I was found guilty I could spend upto three years in Federal prison. WHAT THE HELL? WHAT WAS HAPPENING? I seriously did not know what was happening but I knew I felt angry. I was so mad and hurt that I was so easily thrown under the bus of blame. Angry at a company that I believed in! Spouting how much they support their employees, like family, they said. I was dumb enough and naive enough to believe them. I felt so stupid!
When I met with my attorney this next time he said I was going to tell the District Attorney my side, and go through the evidence they had ‘against’ me…… *** ok, I’ll finish up my story with what happened in a minute.
What I think about, I bring about! Yes, this kept going through my head. Fear was a huge factor but I had to tame it during the most scarey time in my life. I had to figure out a way to release the fear!
You see, the more I feared going to prison, my thoughts were consumed with fighting, consumed with being right. So what I thought about would bring more fighting, more fear, more proving I was right and they were wrong. Ugly situation, right?
When bad things happen the language of manifesting is ALLOWING, ACCEPTING, and LOVE. I know it sounds backwards – thus, why I used this photo. But I promise you, the language of manifesting is powerful! Now let’s see the difference on how this language would actually grant me and generate peace for me.
I took my anger and turned it around to being supportive. What I thought about is how can I help them figure this problem out. IF I had to go to prison, then I accepted that it would serve my highest good, in some way. I held onto trusting the Universe to serve my highest good, whatever that meant and wherever that led me. I was still nervous, but I was no longer consumed. I felt more peace.
*** The rest of the story …… I was interviewed by the District Attorney after going through the evidence box. I showed them where the missing pieces were. I had my moment to ask why certain, important documents so conveniently dissappeared. My interview shined a light onto the poor practices of the company, not me. In the end, my attorney stated matter of factly, as you can see, my client has no business being here. Then the kindest moment. The District Attorney, said, “I am so sorry we put you through this, I have no idea why you were even brought in!”
I will tell you, the relief I felt with her words were huge! Can you see how differently the outcome could have gone if I continued being consumed with fear?
What you think about, you bring about!

You see the world which you have made, but do you see yourself as the image maker? IF not, why not?

I find most people struggle with deep seeded feelings of inadecquacy. Bringing awareness to this idea, has given me a heightened understanding of the gift ~ opposition. We all have choices, one can continue to nourish the seed of inadequacy OR  they can learn, admire, and accept it, then let it go, unimpeded back to mother earth to be recycled; knowing ALL energy is creation energy.  Feelings are made up of energy, beliefs are made up of energy, and images on how we see life, are made up of energy.

What I know is  you’re NOT inadequate! YOU are enough, just the way you are! How can a child of God be inadequate? My mission on this earth is to teach understanding of WHO YOU are; a spiritual being, with a beautiful divine nature. YOU have and hold God DNA! YOU don’t have to find it, search for it, your job is to BELIEVE ~ TRUST & REMEBER it!

OR Venmo @Jody-Hill, scan below

Jody honors and respects each persons story, no judgement!. Her work is focused on serving the highest good of all; however, the outcome remains totally on the client.

Jody’s mission is to teach positive emotional tools for strengthening the ability to handle the life stress.

As a Clairvoyant and Intuitive Emotional Fitness Leader. Jody uses stress free language, gaining peace, balance, and confidence in life; but what I am really passionate about is guiding you through healing emotional pain for awakening and reclaiming optimum emotional health.

Jody’s work makes it easier to feel joy, love, and peace; however, it’s up to the client to receive and accept.

This work is not responsible for negative outcomes.

As an Emotional Fitness Leader, Jody is not providing health care, medical or nutritional therapy services, or attempting to diagnose, treat, prevent or cure any physical, mental or emotional issue, disease or condition.

Terminology: Will you check on me? Jody will check energetically, to see whether a session serves your highest good or not. This is a FREE service! Keep in mind, no energy work is done at this time! If Jody suggests a session after you ask, it’s because it serves your highest good. If not, there is no reason to schedule a session. Jody takes her work seriously and does not schedule sessions, just to schedule sessions!

Jody’s payment policy: payment is due and paid PRIOR to any services.

Energy has no boundaries. Jody holds her sessions via (a) in person; (b) video chat; (c ) over the phone

email her at admin@jodykhill.com with any questions or concerns.

Click here for her book; “Break Free from YOUR Prison of Lies”

“Working with Jody was fabulous. I have been devouring self-help books for years and have been working in the field for almost 2 years. She helped me see things about myself and my past that I wasn’t able to see previously. Through her program I gained a deeper understanding of my past traumas and how they molded me in very good ways. It was a whole new perspective that I needed. Working with her was a true blessing.” ~ A.A.

“I have had the privilege over the last couple of years to become acquainted with Jody Hill. I have been extremely impressed with her ability to put into perspective and understand the challenges that befall many of us. She has a unique ability to analyze and get to the core of a problem without overlooking the important nuances critical to obtaining successful results. I have certainly benefited personally from our association. I have never associated with anyone with a greater desire, better prepared or more committed to being successful than Jody Hill” ~ H. J.